We came up with this idea while talking about better ways to demonstrate Redirected Walking. Ideally a little demo that we could show on events, trade-shows and conferences. Just a little something that showcases what RDW brings to Virtual Reality - and especially gaming. After all, it might be best to just let you experience it yourself.

Reddie is inspired by games like Portal and The Stanley Parable. Games that use the player as a subject and intentionally break the fourth wall.

The game is currently available on Sidequest and Applab

While we are currently working hard on The Amusement we couldn’t let this idea slip and made Reddie into a game within just a couple of hours. With the Hamburg Games Conference approaching in early 2022, we also had the perfect opportunity and event to soft-launch and test Reddie.

Kolja had a demo he was using to demonstrate redirection to his computer science students. So we realised: “Why don’t we just use that?” 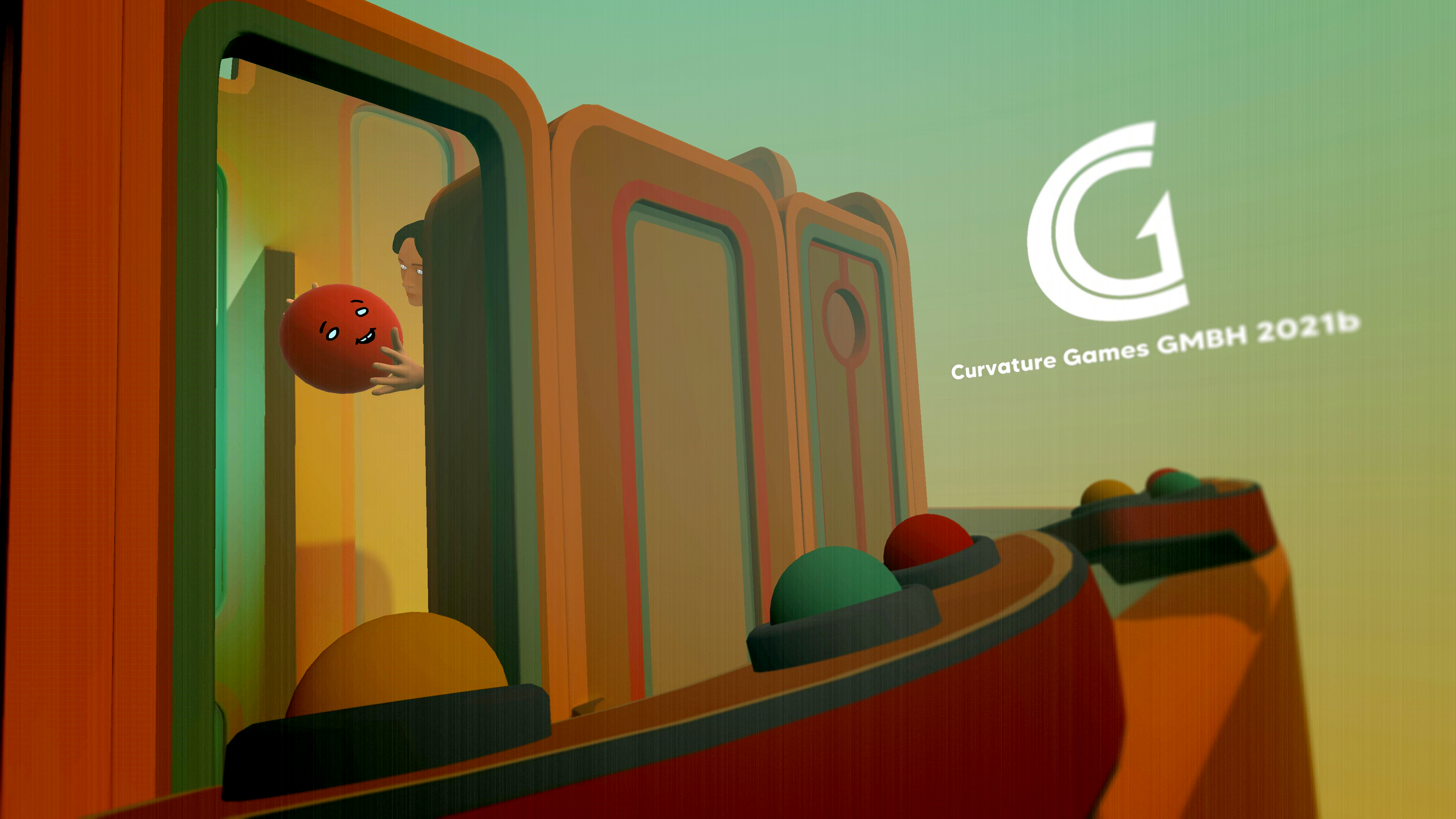 We now had a good solid base for people to experience redirection but we knew we had to entertain as well as inform. Scientific educational films for schools from the 60s and 70s as well as absurdist British sketch comedy from the early 2000s was a great source of inspiration for the artistic direction we wanted to attempt.

What started out as a sphere that changed colour in Kolja’s original demo was now an adorable companion. We now had Reddie, our Redirected walking mascot!

To create a unique gameplay experience the stern narrator was voiced by Marc Barnes, our Game Director, while the cute and colourful Reddie was voiced by his 2 year old daughter. Reddie and the Narrator would interact with each other and our test subject (the Player) to create a great back and forth.

We want a surreal sterile but lived-in environment with elements of charm. We looked at old game shows and TV sets of the time to give us our aesthetic. Well… one of them anyways.

Everything from the tan brown walls, the 70’s style illustrative UI, to the mannequin hands of our player was used to create a high brow-low budget sci-fi experience. 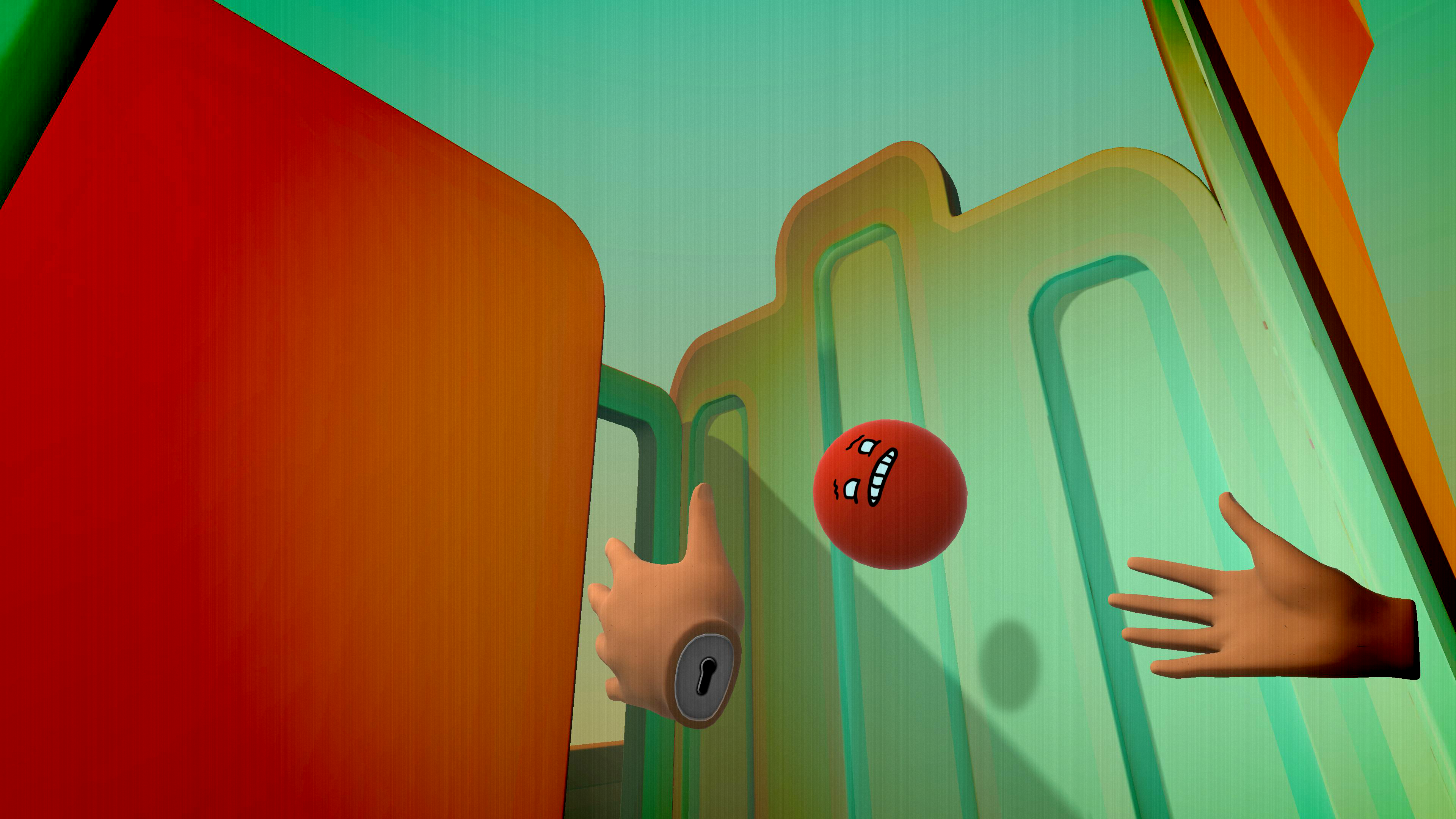 In the game, we have two different kinds of redirection techniques:

Impossible Spaces: Several rooms overlap with each other and create a geometry that would not be possible in the real world.

Rotation Gains: While being distracted by gameplay interactions of a colour puzzle, the virtual environment is rotated around the player. In the end, the player is facing towards the centre of the play space again, so she can continue walking.

Because all of this happens unnoticed to the player, we needed to include a visualisation of the walked path in the game. Otherwise, the players wouldn’t even know that they have been redirected.

In the end of the game, the walls of all rooms shrink so the whole area is visible. Then, two lines are drawn: One for the walked path in the real world and one for the perceived path in the virtual world. This is an eye-opening moment and all playtesters were impressed that the illusion worked so well.

You can download Reddie now on Applab and Sidequest! 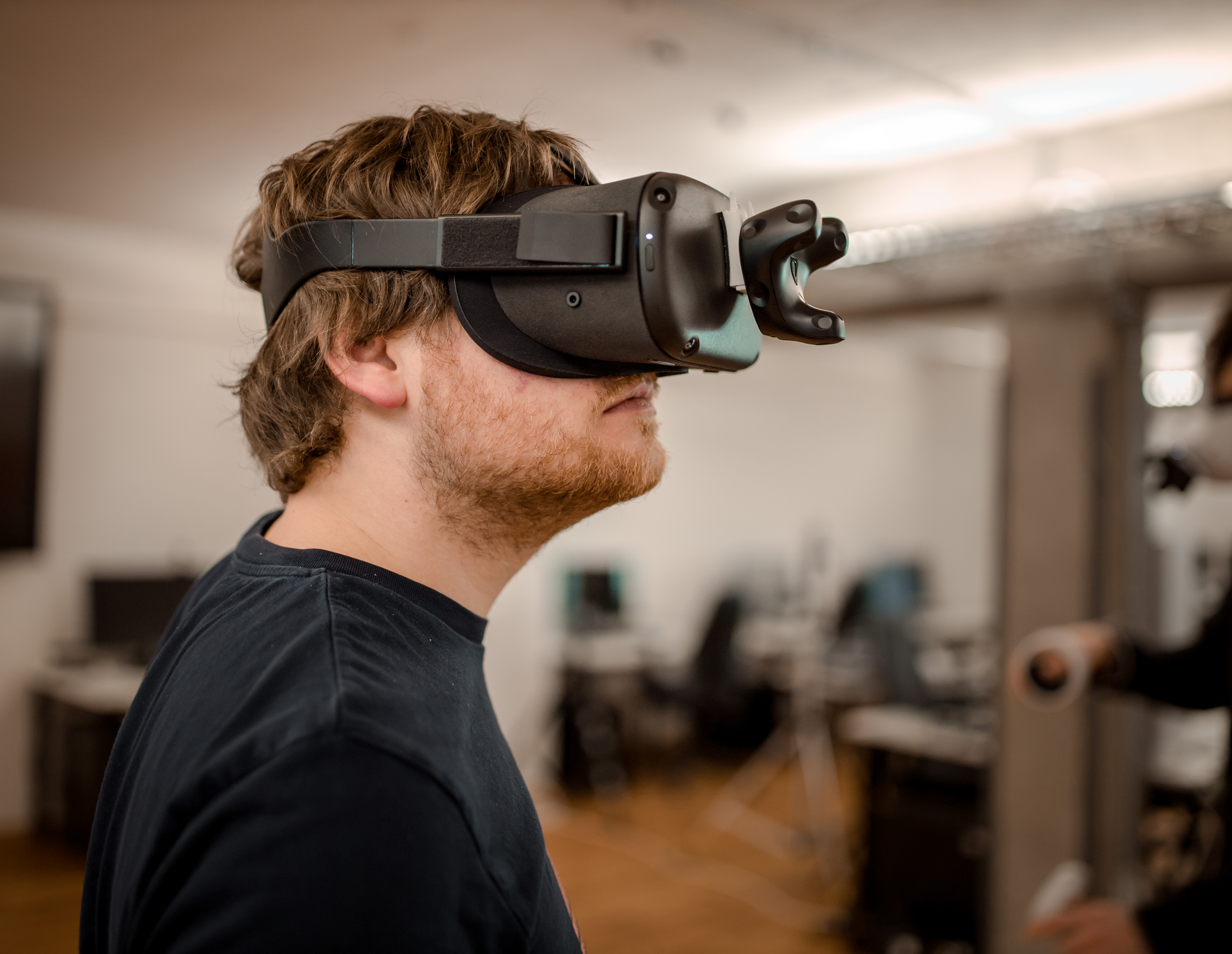 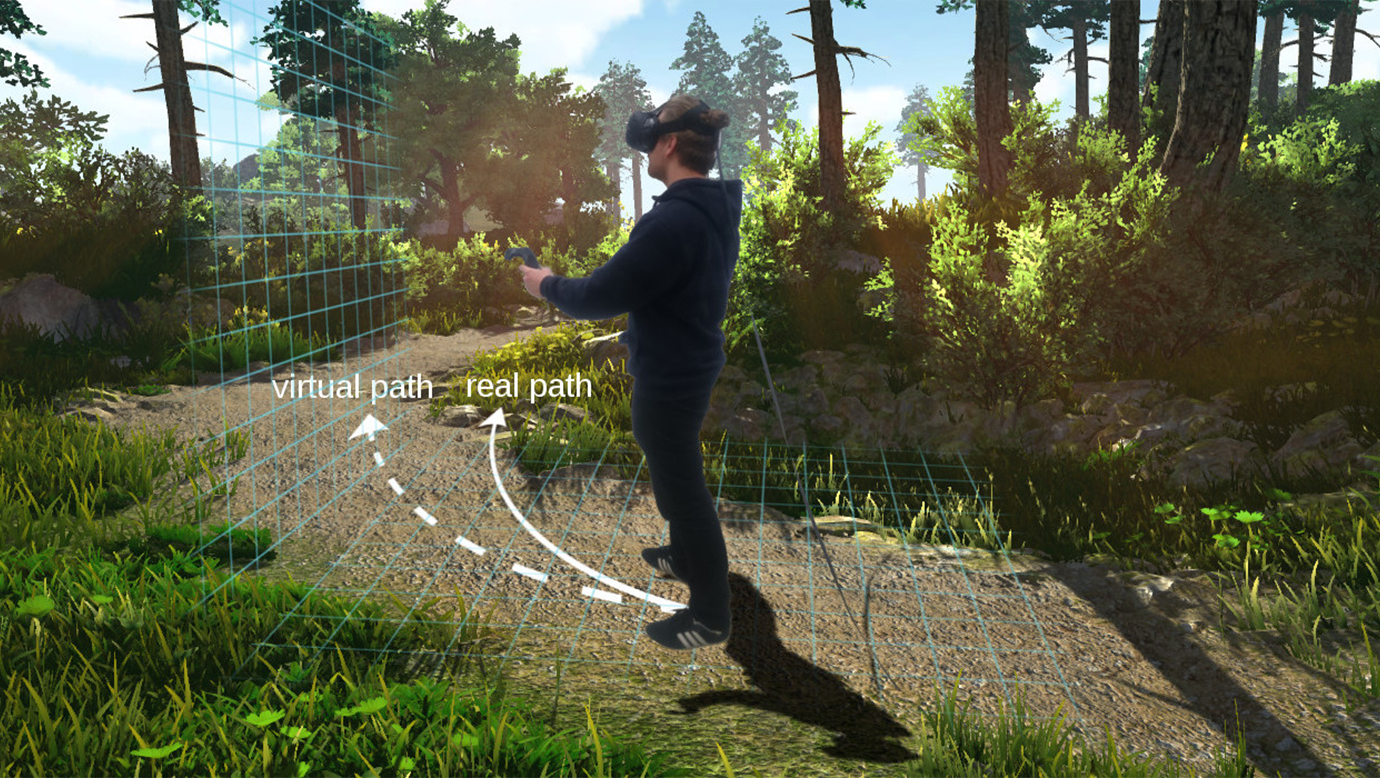